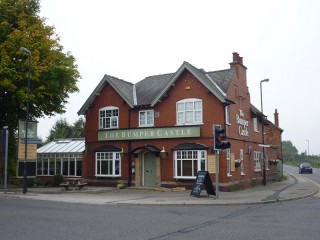 Barry Crux & Company is pleased to announce the sale of The Bumper Castle, a landmark pub in York.

The property which occupies a prominent position on the corner of Wigginton Road and Clifton Moorgate is situated approximately 2 miles North of York City Centre and only a few hundred yards from the outer ring road.

Due to the location and size of the site, it is considered suitable for a number of different types of operation, including conventional public house, restaurant or even “drive thru” facility. The property has three trade rooms and sizeable facilities as well as a large car park and grassed area.

The freehold has been sold to a local businessman off an asking price of £400,000. There was a good deal of interest in the opportunity and a number of parties submitted offers reflecting what is an improving market both in the York area as well as with licensed properties generally.

We wait with interest to see what’s in store for the site.